This past week, FAS researchers traveled to Denver, Colorado to present some recent findings from the Flint Adolescent Study at the American Public Health Association Annual Meeting. The study explored the relationship between adult attachment style, exposure to violence during adolescence and depression during adulthood. Researchers found evidence that was consistent with previous findings supporting the association between exposure to violence and negative mental health outcomes.

For more information about these findings and this presentation, please contact us. 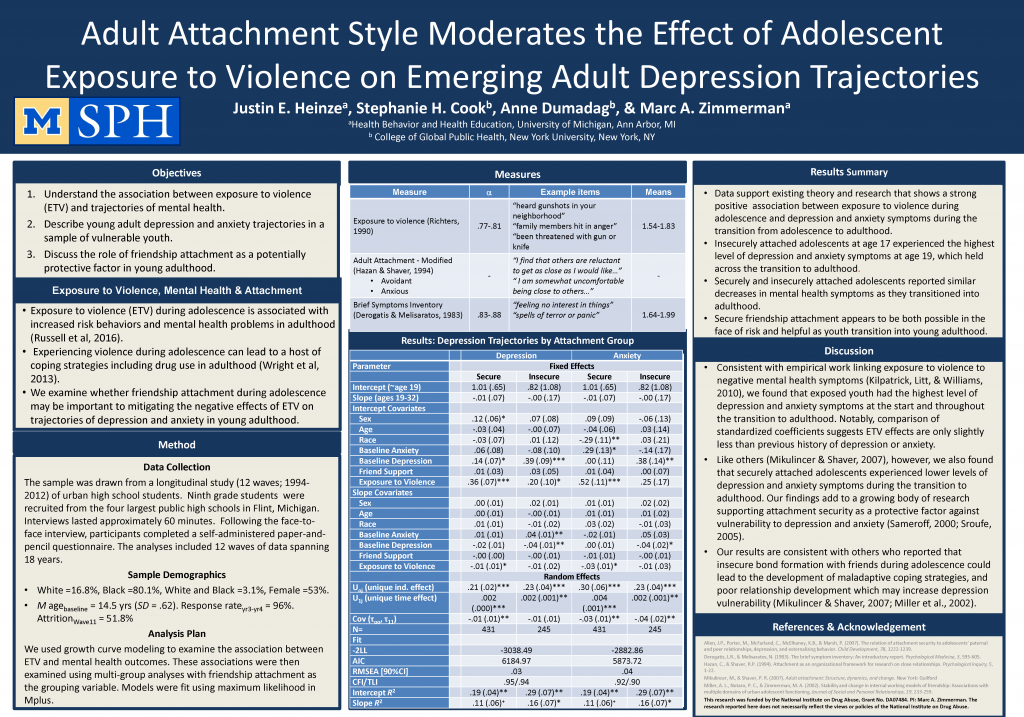 Background: Exposure to violence (ETV) and victimization in adolescence is associated with a number of negative outcomes, including anxiety and depression (Edleson, 1999), PTSD (Kilpatrick et al., 2010), aggression (Ozer, 2005), and substance use (Sullivan, et al., 2006). Attachment security, the ability to create and sustain healthy emotional bonds with others (Mikulincer & Shaver, 2007), may protect against the negative effects of ETV on young adult mental health (Aspelmeier, Elliott, & Smith, 2007). We examine the moderating effect of attachment style on the association between adolescent ETV and depression trajectories in emerging adulthood.

Conclusions: Results from this study are consistent with previous findings supporting the association between ETV and negative mental health outcomes. We will compare differences in adolescent attachment with other known correlates of depression to determine the relative importance of attachment as a protective factor.